Well I decided I needed a study break from my 12 hour study-o-rama. Actually it has been riddled with breaks, but one more can’t hurt…

I am lamenting the transformation of my beautiful christmas tree (see “Yuletide” for picture) into a Charlie Brown christmas tree.

Do you see the similarities? Ya me too, oh well I will be going home in two days and then I will have a real, and not dead, tree.

It has been cold here in Detroit, but at least it has been cold and snowing. It makes it much easier to get into the Christmas spirit when there is snow on the ground. I find this a little ironic because I can’t remember spending a Christmas anywhere snowy but it is still true. I took some pictures of some snowflakes that were on my car window in the morning, they came out pretty good so I decided to post them. I have always wanted to look at snow flakes up close and so I was pretty excited when these came out. I hope everyone is as excited as I am about Christmas (I get to go home!). Have a happy holiday! 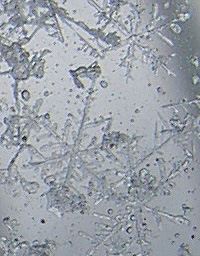 I was reading an article and I found this quote which shocked me. “the [grocery] industry continues to face tough price competition from Wal-Mart Stores Inc. (WMT.N: Quote, Profile, Research), the largest U.S. seller of food.” Have you seen the food that they sell at Wal-Mart?!?! I don’t think there is a single healthy thing in that store! They have boxed “food” like mac-n-cheese, soda, chips, cheap nasty bread, and ice cream. Now I understand that the Super Wal-Marts have a wider variety like regular grocery stores, but how many Super Wal-Marts are there? They can’t make up the majority of the food sales. 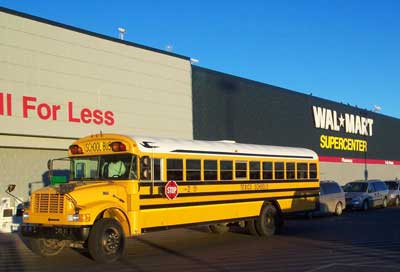 Maybe someone should eat nothing but food from their local Wal-Mart for a month and see what happens. What is happening to society, are people really that busy that they can’t even cook a decent meal, or just hopelessly lazy? If they they are that busy doing what? Working two jobs to pay the brand new SUV and the gas to go with it? American consumerism really makes me ill; and not to be outdone the rest of the world is following suit.