I was looking through the web stats for my blog, it tells me what terms people have searched for that have brought them too my site. Most of these are for my projects from Walla Walla, things like “double inverted pendulum”, or “8051 alarm clock”. Today however there was a new one, someone got to my page by searching for “sissy ass pics”. Curious I typed it into Google to see how this could possibly lead to my page. This turned out to be a mistake, as I got page after page of results about bondage, strap-ons, and other worse things from the seedy side of the Internet. Not exactly the crowd I want to be associated with. I really have no idea how this happened as I don’t think I have used the words “sissy” or “ass” on my site before this post.  I suppose then that writing about this is somewhat dangerous as I might start getting more visitors from this search term.  So I guess I should say if you are here looking for “sissy ass pics” and/or sex toys you can move along.  Nothing to see here folks, nothing to see here.

I guess third try really is the charm. After two years of unsuccessful tomato growing I think I finally got it right this year. The missing ingredient, pollination. I had made half hearted efforts in previous years with a Q-Tip and it didn’t seem to make a difference so I gave up.  This year, determined to get tomatoes, I took to the internet and found this article. It said that to get the flowers to pollinate you have to shake them. This is normally done by the vibration from bee’s wings so to mimic this it recommended using an electric tooth brush. So I took my Sonicare in and vibrated all the flowers, sure enough I could see pollen coming out.  I repeated this every day and after a week or two success. 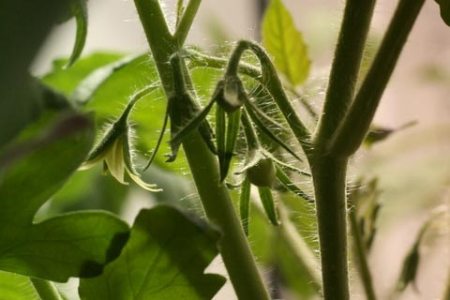 I have also finally posted pictures of my new apartment on Picasa, please feel free to check it out.

Your Father Smells of Elderberries!

PowerPoint, not too much to discus, you make up slides containing text, pictures, and movies and you go from one slide to the next.  As programs go very simple, not a whole lot to screw up, so one might think.  Microsoft PowerPoint has been in development for 20 years, it is part of software couple (Windows and Office) that has built one of the largest companies in the word and helped amass the largest personal fortune in the world.  After 20 years (20!) of work and virtually unlimited money and resources why oh WHY won’t my movies play!

After watching a fair number of professional presentations I would give the average presenter who is working from someone else’s computer about a 50% chance of getting their movie to play.  I really don’t see what is so hard about it, the pictures are included in the PowerPoint file why are the movies left out in the cold where they inevitably get lost?  I mean come on, at least give me the option to roll it up into one file.  This isn’t 1999 any more where I need to fit my presentation on a 1.4″ floppy.  They have these handy things called “flash drives” and “networks” which allow “transfer” of very large files.

Now cooler heads might come along and say “but wait they do have an option to include everything in one file”.  Yes they do, a wimpy pathetic thing that could not find my movie even though nothing had moved since I added it one minute earlier, which generates an installer that will install (install it? I just want to play it) your presentation on some other computer.  ??? (long string of expletives) ???  Does this makes sense to anyone?  Anyone?

Who says a monopoly inhibits development?  Whoever they are, I bet they hate freedom too.

Perhaps, but most things people do are probably a waste of time. I have spent a significant amount of time on this, unfortunately I lack graphic design skills so it isn’t all it could be, but I still think it is cool.